There are basically two ways to have a multi-band antenna: either by having multple “mono-band” antennae combined together (with traps, etc.) or by having a single aerial tuned on demand on the various bands.

The “tuned” solution main drawback is that it is not that easy to find a single shape that presents good lobes on all bands.

After some working on the 4NEC2 simulator, I came out with this shape: 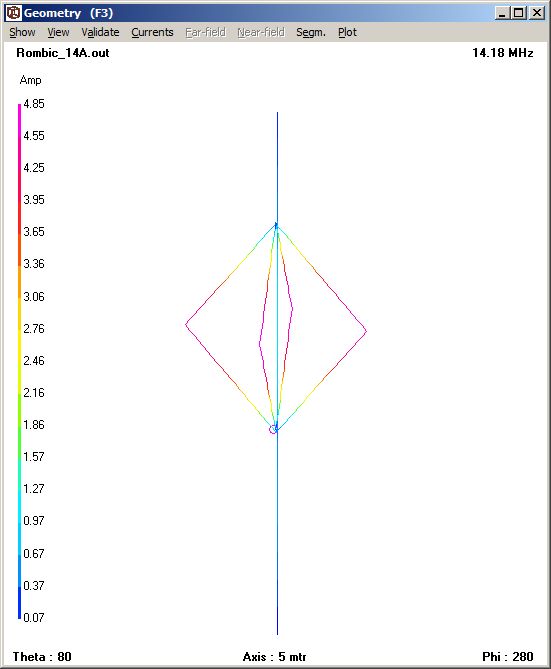 The idea was to have two bi-directional antennea mounted on orthogonal planes, with a switching system that allowed to choose which one to employ. Each square perimeter il 20m long (5m per side).

To avoid tuning losses, this antenna is to be fed by a high-impedance ladder-line connected to the balanced output of a tuner.

These are the antenna pattern that I have calculated.

– green is the pattern of a single-band ground plane antenna mounted at the same height. 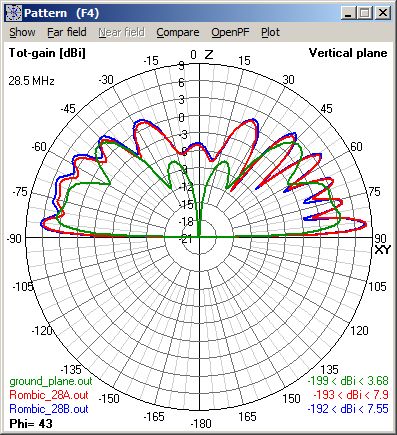 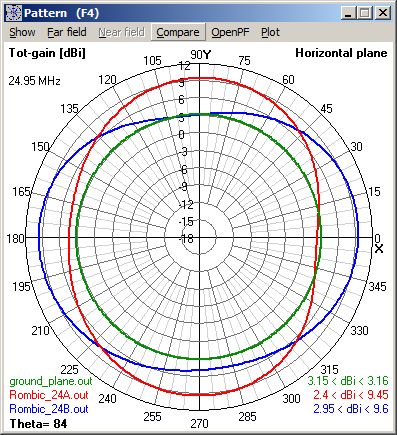 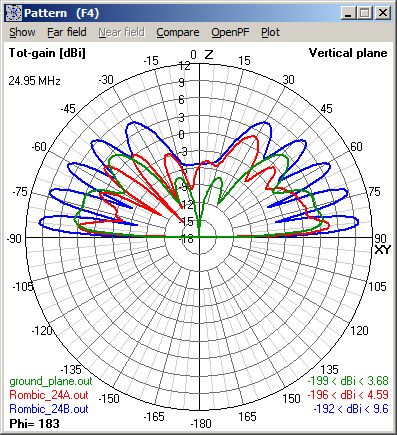 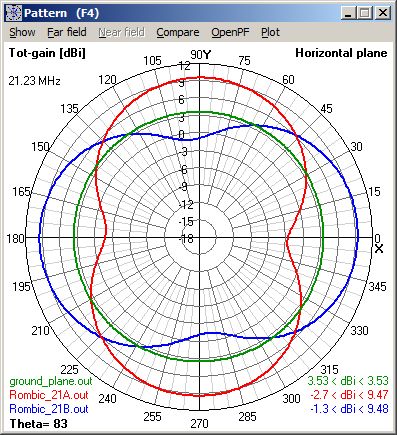 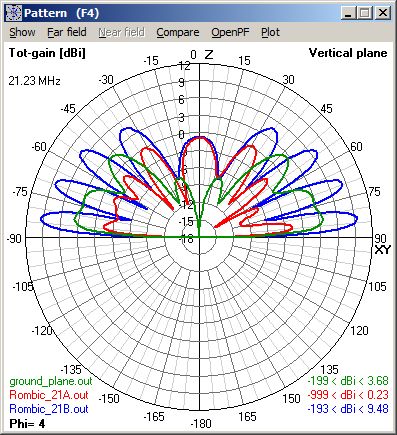 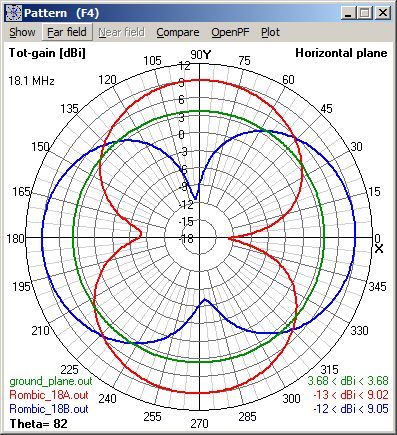 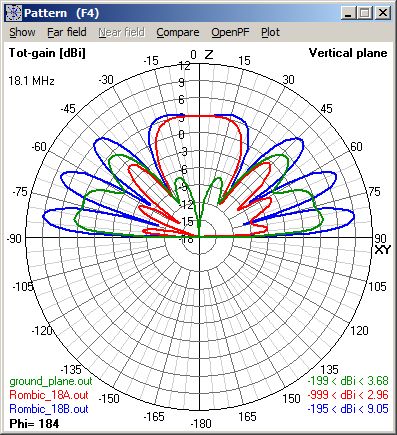 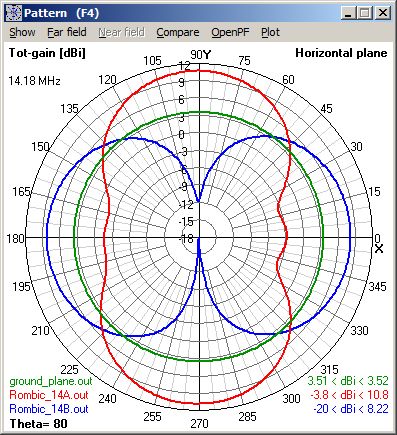 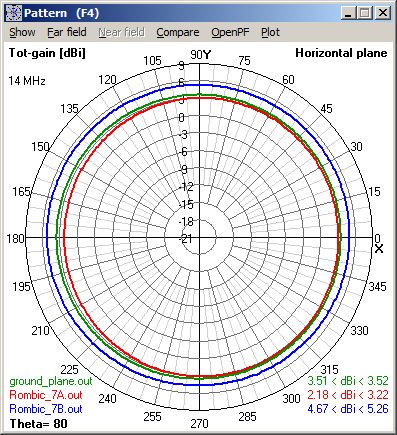 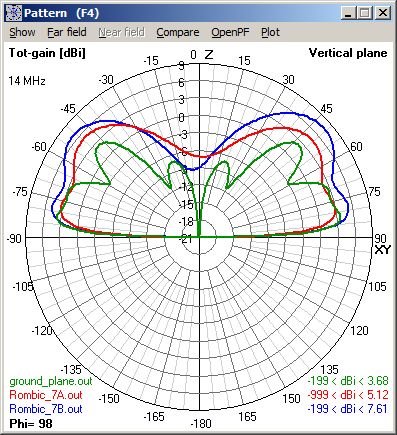 As we can see, the combined action of the two antennae is always superior to the gain of a single-band GP antenna, going over 10 dBi in some bands.

This antenna is quite simple and cheap.

While the top vertex of the diamond can be sustained by a light pole (at least 10m long), the sides can be kept open either by non conductive supports (like the usual fiber fishing poles) or pulled wide by strings.

This is my version, that uses strings to keep the squares open: 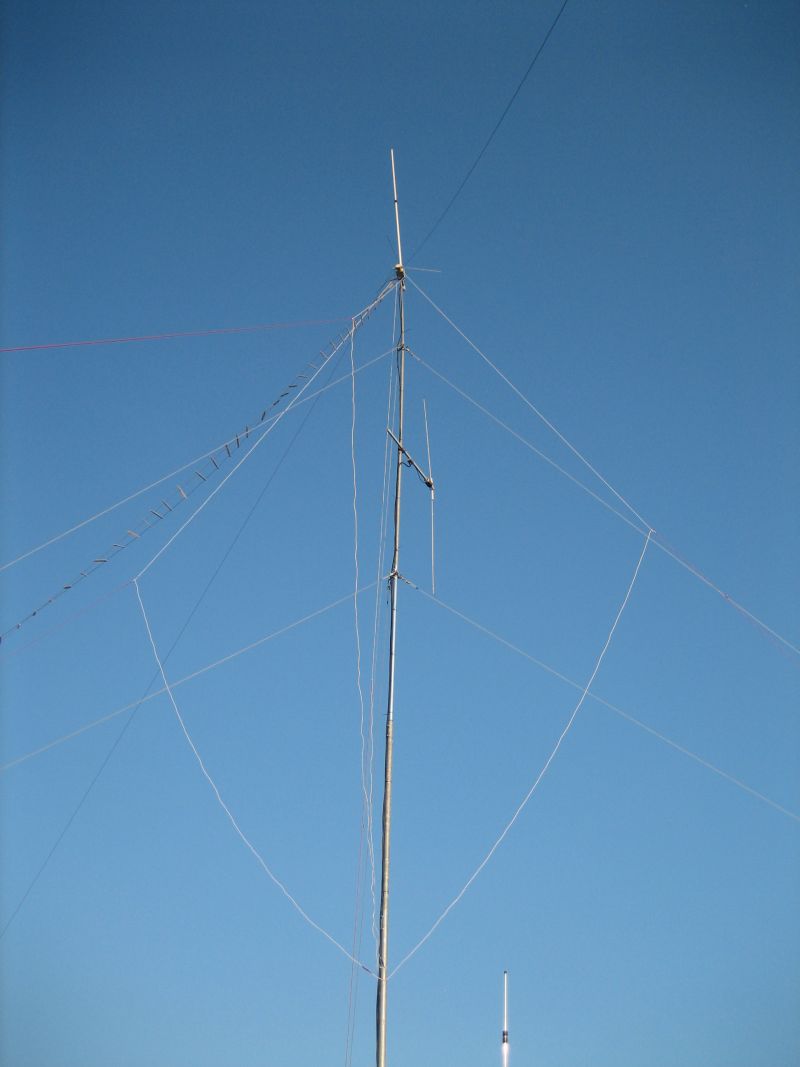 Then there must be a switching box remotely controlled that allows switching the ladder line on one or the other square.

I have an extra position that connects the ladder line to a big inverted-vee dipole mounted on top.

I used micro-relays and this solution works well at least with 100W, probably more. Keep in mind that relays are rated for the voltage/current they can switch: actually, voltage and current are alwasy zero at switch time, simply because we’ll avoid switching while transmitting key-down! 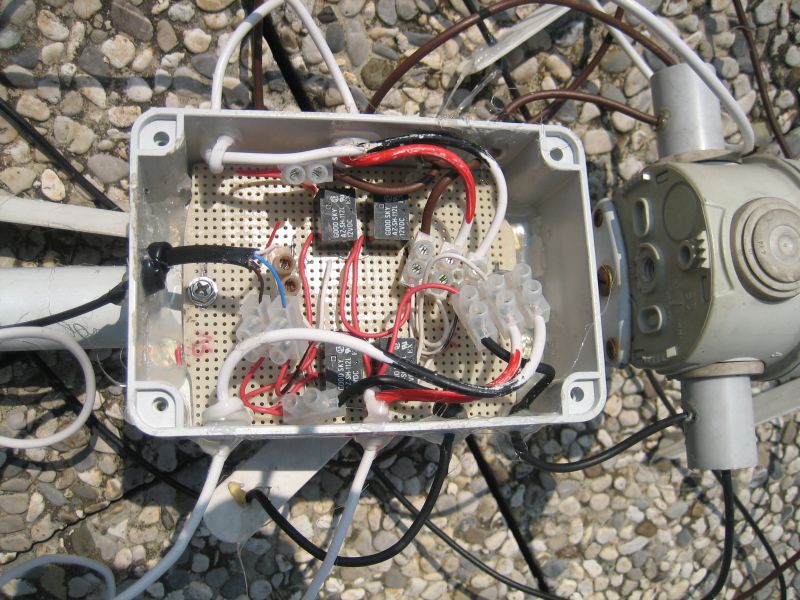 Finally, there is control-box inside my station: 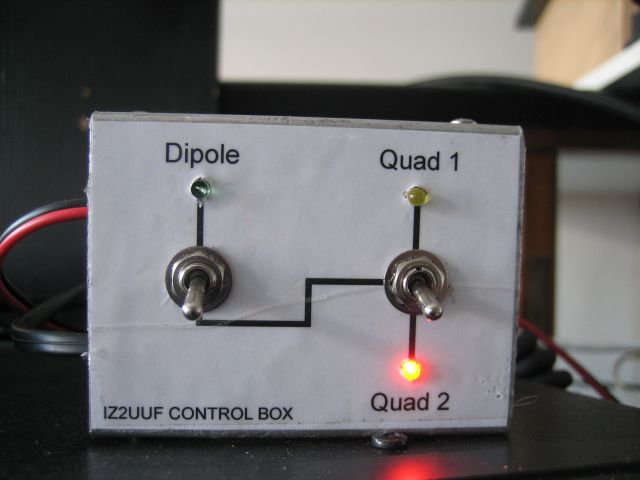 It is hard to have an objective measurement of HF antennae performances. One way I have to measure empirically the effectiveness my antennae is to see how easy I can go through mild pileups with 100w only. By “mild” I mean when there are just several people calling, not heavily wanted entities with all the big guns shooting, of course! 🙂

This antenna gave me a lot of satisfaction, since I have been able to go through within no more than two or three calls.

Also, being a loop, it is very quiet: often this makes a difference between hearing that there is someone speaking and understanding.